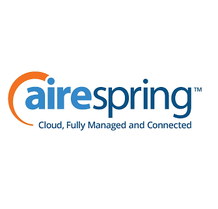 Hosted PBX Solution for Financial and Data Sevices for Investors

The staff at CSI were using an on-premise system to serve their vast customerbase. Each time their s

The staff at CSI were using an on-premise system to serve their vast customer
base. Each time their system required an upgrade, CSI was forced to buy an entire
new system and have it brought to their facilities. Thus, CSI’s staff had to routinely
reconfigure, reprogram, and reinstall their phone system when the previous hardware
became outdated. For CTO Eric Jaffe, it was beneficial to have the system localized
so that he could retain control over the company’s communications. However, it
ultimately proved difficult to make simple changes on the fly.

CSI’s challenges spanned beyond the impracticality of having an on-premise PBX
system. In addition to difficulties with the technology, CSI experienced poor customer
service and resistant billing personnel at their previous telecommunications service
provider. “In one instance, we were charged for a week of service that we didn’t
receive,” Jaffe recalls, “and yet it took us two years to ultimately resolve the billing
dispute.”

Jaffe and the staff at CSI were distracted from focusing on their business goals while
managing an outdated communications system and constantly negotiating with a
difficult provider. Tired of struggling with their phone system, CSI decided to shop for
a new provider that could deliver a seamless transition from their on-premise model
to a cloud-based system. A communications consultant recommended AireSpring,
and in the summer of 2016, CSI replaced their on-premise PBX with AireSpring’s
AirePBX Cloud Business Phone System.

Enter the email address that you signed up with and we will email you a password reset link.

Your session is about to expire.